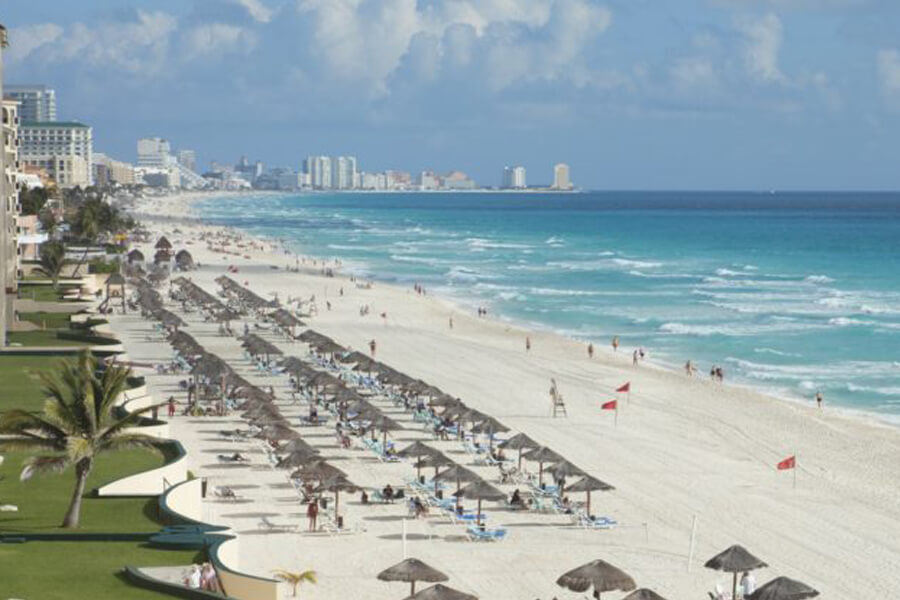 “Dental Tourism Mexico” sounds like a contradictory message. Can you really have a good time while getting your teeth fixed? Why on Earth would anyone associate going to the dentist with a relaxing vacation in paradise?

You can save thousands on improving your smile while combining it with exploring one of the most sought-after destinations on the planet.
Dentistry in Mexico is part of a long legacy as not only a bargain resort area but also a luxurious vacation spot. Today, the country is ranked as a “must-see” for adventure travelers. Visitors are drawn to activities such as hiking, surfing, snorkeling, cliff diving, and soaking up the rays at the beach!

This area of the world has been attracting people for centuries. More than 132 million people now call the country home — as have other people from distant lands. No wonder it draws so many people.

Mexico City is the most populous and oldest capital in all of the Americas. This area was originally known as Tenochtitlan in 1325. Built on the island of Lake Texcoco in the Valley of Mexico, it has always had significance as it was once the capital of the Aztec empire. 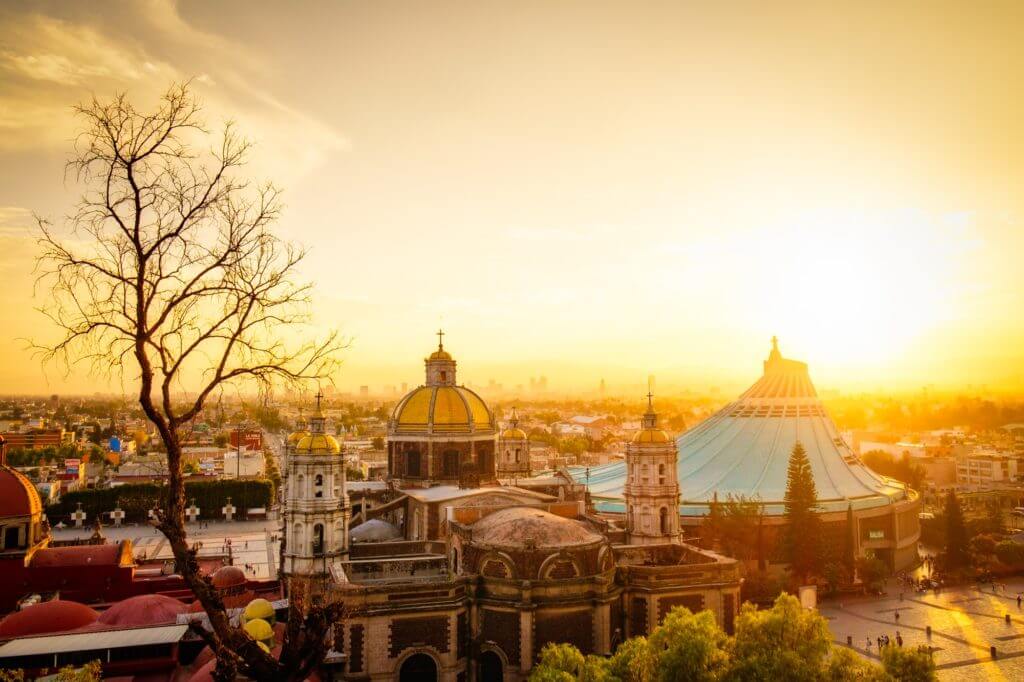 Today, Mexico shares a border with the US of nearly 2,000 miles. Along this invisible line between the two countries are a number of small communities that serve both Mexicans and Americans. Many of these towns have become havens for medical tourism. These communities offer discount medications at the farmacias and also at the dental clinics. 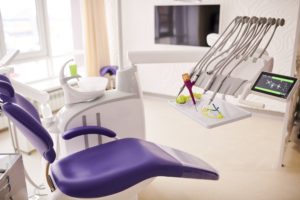 Nogales is a particularly vibrant community meeting the needs of both populations. This southern port of entry accounts for about $30 billion worth of international trade into Arizona annually. The economy of Nogales, Sonora is heavily dependent on this form of cross border commerce. Mexicans flood north to buy consumer goods. They return with items such as electronics, food, and clothing. Some 30,000 American visitors cross the border daily, many seeking low-cost healthcare and dentistry.

Bordered by the Pacific Ocean, Caribbean Sea and to the east by the Gulf, Mexico features a diverse landscape and temperate climate. It is a natural that it would become a tourist destination. During Prohibition, the country grew in popularity as thirsty Americans flocked to cheap tequila and sun-drenched beaches. 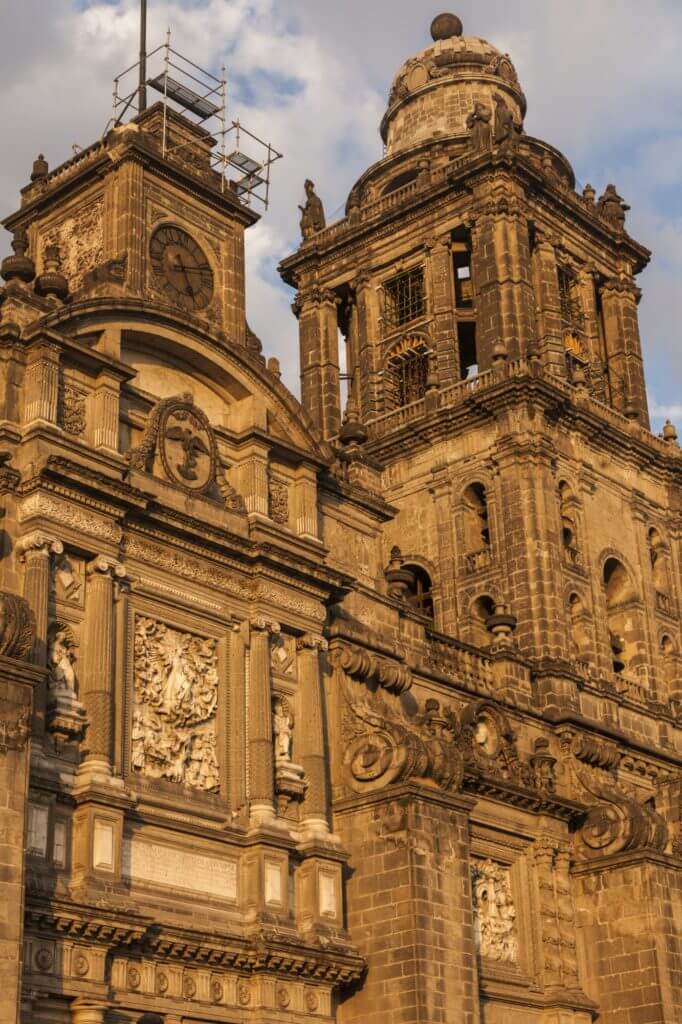 The modern hospitality industry kicked off in 1884 when trains offered Pullman service to travelers and the railways began actively marketing to Americans. With the discovery of ruins and pyramids, the country became known as the “Egypt of the New World.” This invited a new kind of traveler who was seeking to explore diverse cultures. Mexico was both a novel experience for wealthy Americans, while tapping into the concept of an ancient civilizations. 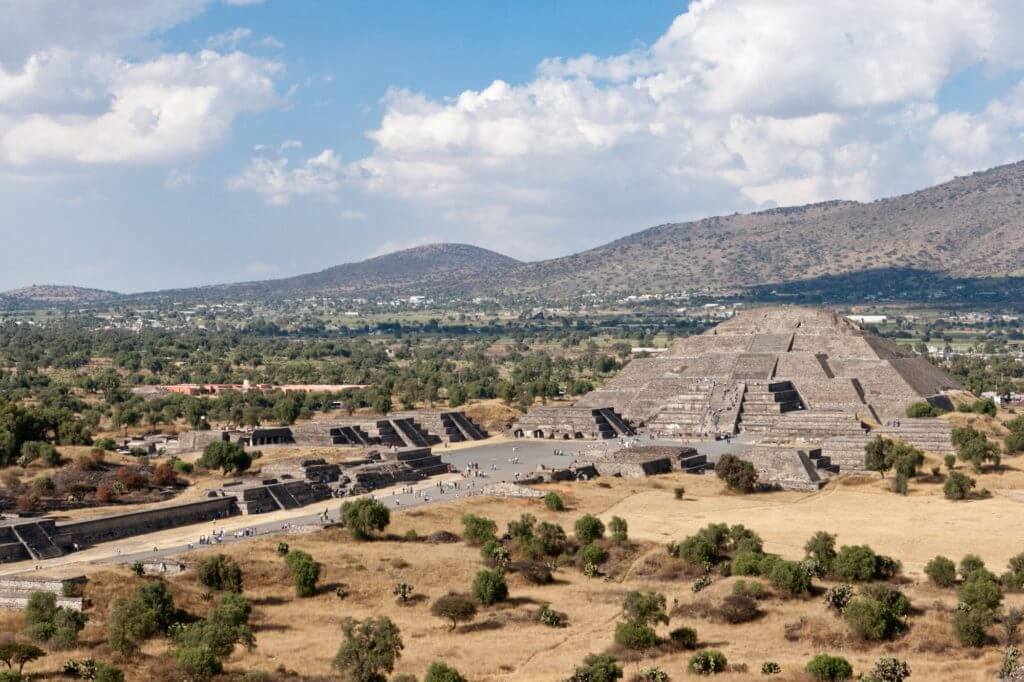 Teotihuacan, a Mesoamerica pyramid city located north of Mexico City, became a significant draw. Over a century ago, the Mexican government began and ambitious excavation of the largest city in Pre-Columbian Americas. The eight square mile archaeology site proved that Mexico could be more than just a destination for “vices.” This created a cosmopolitan image of the country as being rich in history and ancient civilization that continues today.

How Dental Tourism in Mexico Began

The low cost of living coupled with the proximity to America makes Mexico an easy and affordable vacation. It already had the image of being a bargain. This association with savings boosted other industries such as printing and manufacturing. Visitors from all over flocked to experience ancient cultures, spectacular scenery and magnificent beach communities — without blowing their budget. 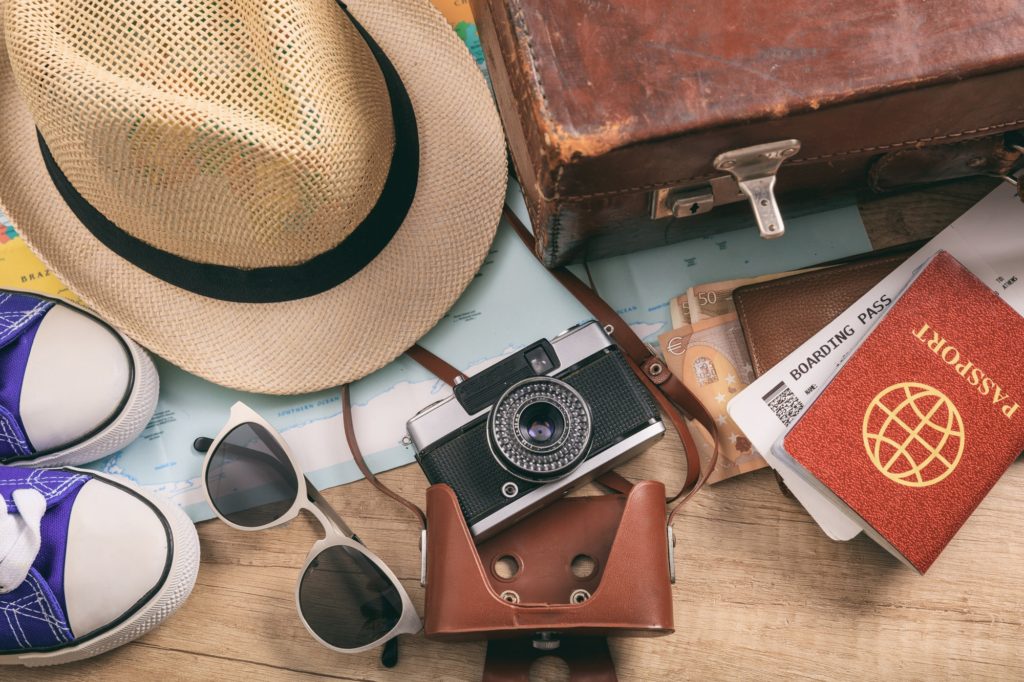 In the last few decades, the money-saving aspect naturally spread beyond tourism into healthcare. This led to many in the Southwest traveling across the border to take advantage of Mexico’s prescription drug prices. Fueled by “snowbirds” — northerners fleeing the colder winters in places like Michigan, Minnesota and Wisconsin — the industry flourished. The US federal government estimates one million people in California alone travel to Mexico to save on medications.

The Future of Medical Tourism in Mexico

It’s no doubt that medical tourism has been identified as a promising sector in the economic future of Mexico. Planners have an eye on the American dollar from “medical refugees” as an influx of revenue for their economy. 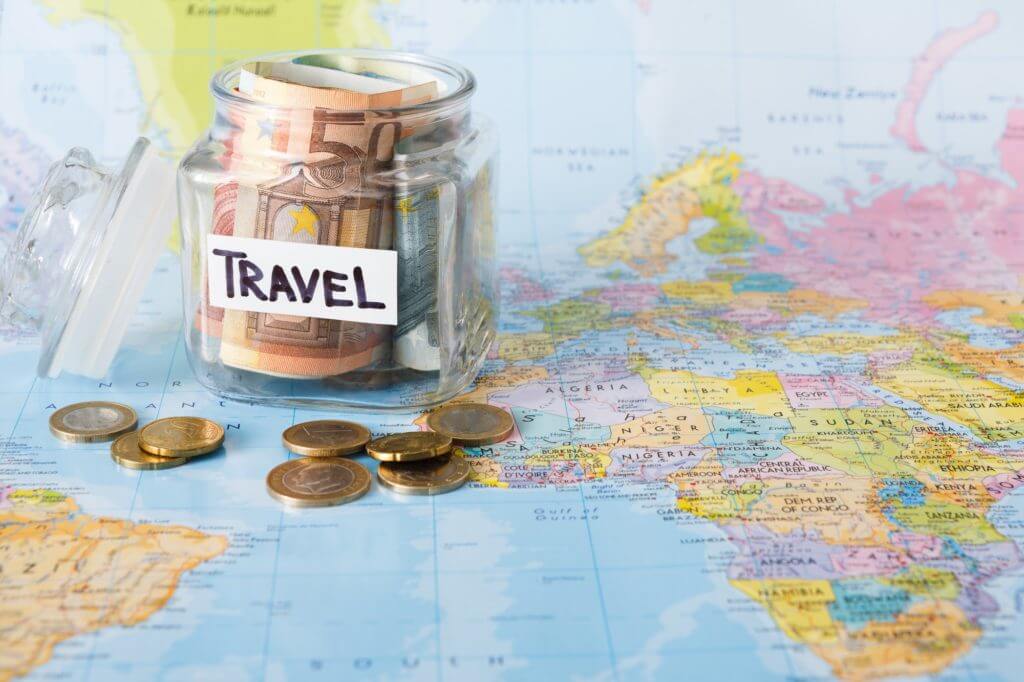 The big winners have always been those communities closest to the United States such as Nogales, Agua Prieta, Algondones, and Tijuana. Each year, scores of travelers from around the world visit Mexico for the sole purpose of saving on medical procedures, pharmaceuticals, cosmetic surgery as well as dentistry. Helped by soaring costs in the US, the country is becoming synonymous with affordable health care. 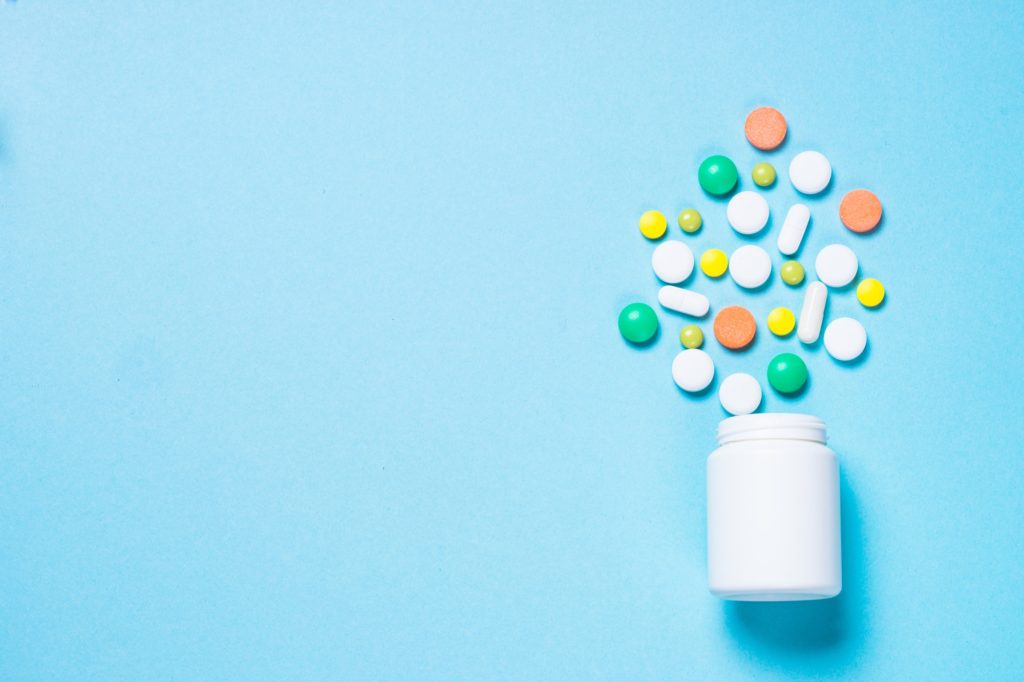 For many on a fixed income, it seemed like a dream come true. Quality affordable dental care was just a short drive away. These border towns became a lifesaver. Cash-strapped Americans sought it for needed drugs like insulin which could be purchased for as little as one-fifth the cost in the US. Pharmacy tourism removed the stigma of traveling abroad to save money.

The promotion of “buy American” did not seem to hold much power over insurance-poor Americans. With no other options in their own country, they were willing to take advantage of cheaper costs in another country.

Tourism, Mexico and You

The promise of savings of 40% to 60% on medications helped to overcome any anxiety over crossing the border. Going to Mexico for healthcare was a symbol of older residents turning their backs on a failing US healthcare system. 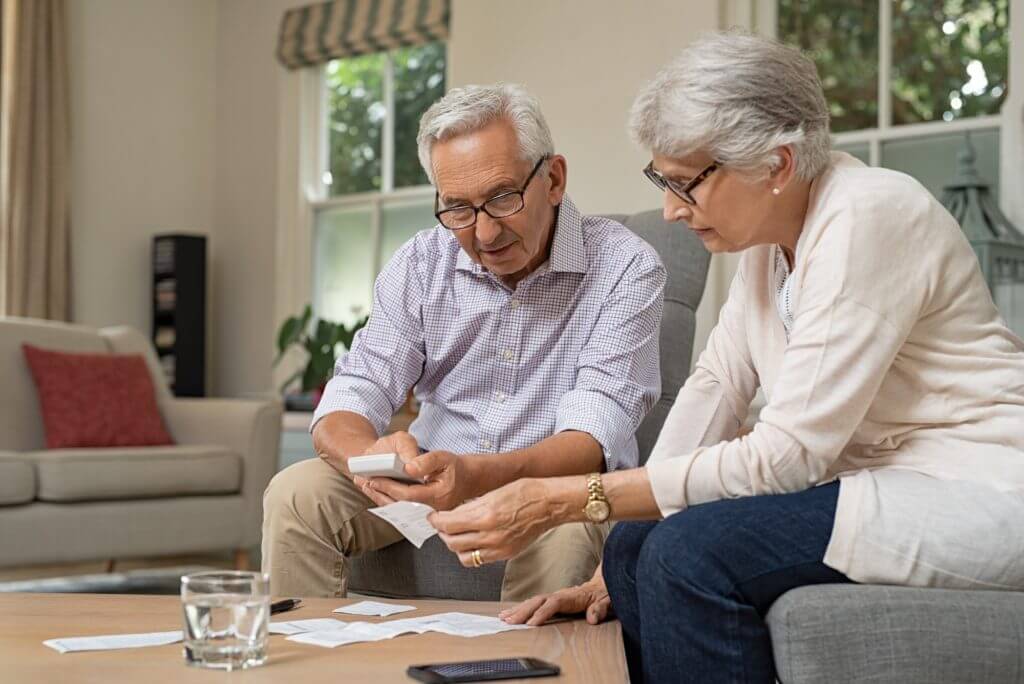 With countless patients already coming into their communities to purchase medication, it was natural that services would expand. Clinics popped up offering medical and dental care all along the southern border.

Mexico emerged as the world’s leader in medical and dental tourism beating out places like India and Cuba. For those who aren’t within easy driving distance to the border, hundreds of flights depart daily to popular destinations and resort communities. Coyote Dental can help with travel arrangements and setting appointments. Of course, flying into Tucson and taking advantage of our regularly scheduled shuttle service is also a good option. 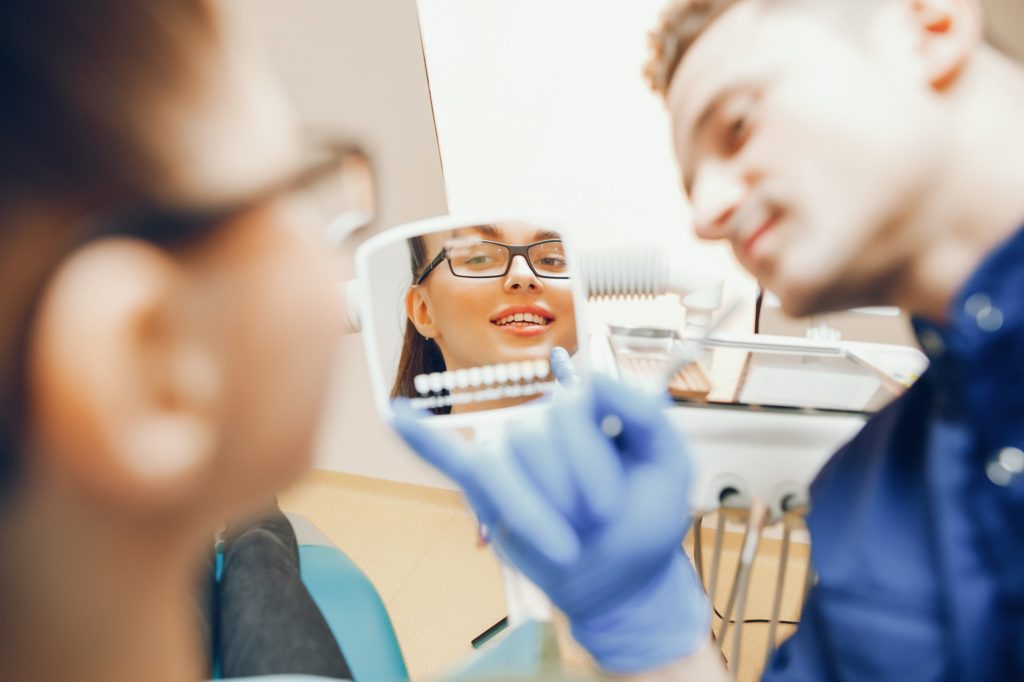 Not all the practices are reputable and patients are advised to exercise caution before setting out to take advantage of dental tourism in Mexico. We recommend you perform your own research and discernment before crossing the border. However, the rewards are enormous for those willing to be explorers. Researching dentists in Mexico is our specialty and Coyote Dental has taken care of all the leg work for you. Send us a message and we will make sure you see only the best dentists in Mexico.

For those looking for an extended stay for dental tourism in Mexico, Coyote Dental can arrange longer vacations in Cancún and Cabo San Lucas where you can enjoy the beach and save thousands on your dental work.

Coyote Dental is dedicated to helping you find affordable quality dental care in Mexico. Our FREE referrals pair you up with the best dentists in Mexico. 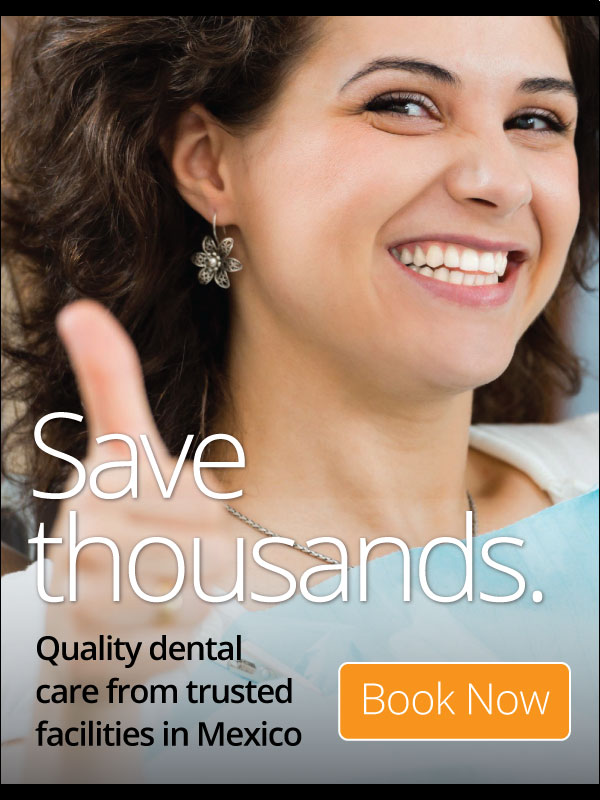 Coyote Dental specializes in helping you find superior and affordable dental care in Mexico and Costa Rica. And our service is Free! We also have dental offices in Cancun, Costa Rica, Tijuana and Playa del Carmen. For more information, send us a message through our contact page.

Our team is here to help you find high-quality dental care in Mexico.
Business hours are:
If you reach us after hours please leave a message and we’ll return your call.